Cadastral territory of the village of Podturouň in the district of Liptovský Mikuláš. The Paliesky deer field is located north of the village of Podturouň, at an altitude of 618-720 meters above sea level, with mostly southern and southwestern exposure. The locality consists of a small limestone island covered with a spruce-pine forest, surrounded by agricultural crops.

Intensive breeding of the original Carpathian subspecies of deer, with a possibility of promoting semi-wild breeding, intensive research, presentation of hunting to the public, environmental education, and training opportunities for hunting candidates in the field of bionomy, age determination, and breeding.

Ensure the supply of a suitable gene pool of original deer game obtained from farms in Tatranská Javorina, Eastern Beskydy and Poľana. With intensive care and year-round feeding, ensure the formation of quality trophies and the healthy development of the population.

Areas of the Deer Field

Among the hunting species, roe deer is represented especially in the non-vegetation period, which uses the mentioned area as a wintering ground. Occasionally, deer and wild boar wander in; fox, badger, marten, and hare are abundantly represented here. Of the feathered animals, Common Magpie and Eurasian Jay are the most represented here, with the common raven flying here occasionally. In the past, the Eurasian Eagle-Owl found suitable conditions for nesting in the rock walls. Occasional is the occurrence of the Bald Eagle.

The greater part of the area is covered by spruce-pine forests classified in the protection category, with an average age of about 60 years, with an open closure, and an average to lower quality of production. Under the pine plants, there are suitable conditions for the natural rejuvenation of spruce. The admixture of deciduous trees is small with the occurrence of Sycamore Maple, European Ash, Little-Leaved Linden, Mountain-Ash and locally Sessile Oak. European Larch and Black Pine are sporadically represented. The lower floor consists of a dense overgrowth of trusses, especially hazelnuts, Honeysuckle, hawtantler, Dog Rose, blackberries, and elder. Grasslands predominate in drier localities in the eastern part of the territory; and lush broad-leaved herb vegetation predominates in the wetter localities.

When using existing procedures for the land evaluation pursuant to the Decree of the Ministry of Agriculture of the Slovak Republic No. 91/1997 Coll., Part “Conditions for Determining the Standardized Stock Numbers of Game in the Deer Field”, the standard in evaluation class II (forest type 4601 and 4603) − 6.1 to 7.5 ha per 1 piece of planned game was considered. The standardized fenced area will be 75.1340 ha, while the forest occupies an area of 33.42 ha. If applying the middle value of the specified range, this is 10.73 pieces per area, rounded up to 11 deer units. Lately, it is common practice, especially in the Czech Republic, but also in Slovakia, that much higher numbers of game are bred due to above-standard care and a very good level of feeding (Zakamenie - 100 ha - 100 pieces; Heľpa - 24 ha - 64 pieces; Blatnica - 18 ha - 200 pieces). A significant share in the proposed deer field is represented by the areas of meadows, fields, and bite areas, which is certainly in favor of an increase in numbers. Provided that continuous feeding is ensured, the said area can withstand a trophy load of 40 to 50 deer pieces. With the progress of the project with an initial state of 11 pieces, the load on the environment will be tested over the course of three to five years, and the number will be gradually increased to the level of 40 to 50 pieces. 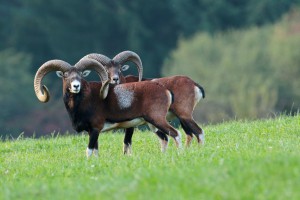 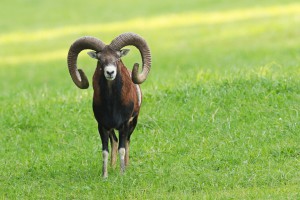 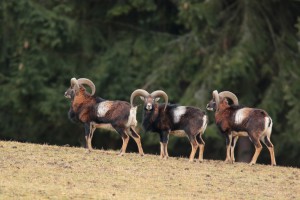 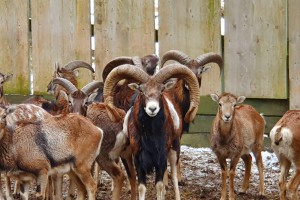 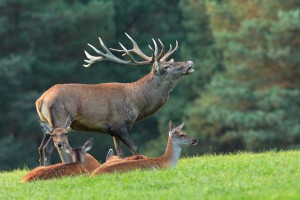 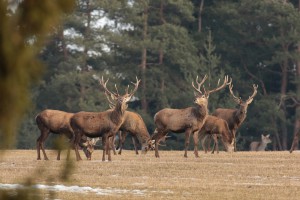 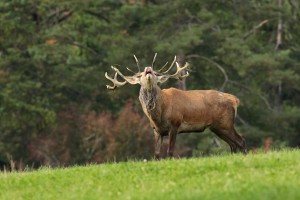 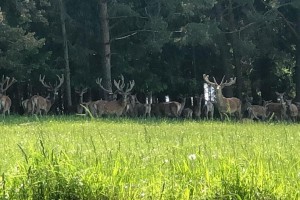 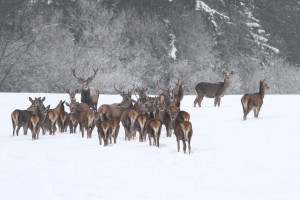 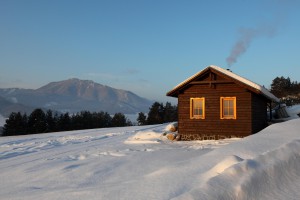